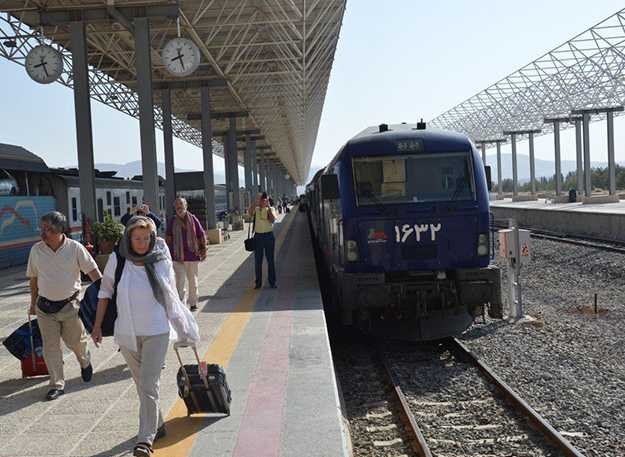 Due to the advancements of technology, many industries have experienced striking developments during these years, and the railway industry is not an exception. The invention of the railroad had a significant impact on developing civilizations and the way of transportations. The early train lines were made of woods to facilitate the movements of animals who carry the wagon. In 1770 iron replaced the wood lines, and the first passenger locomotive was built in 1825 by an English man Julius Griffiths; however, it was not so fast and could not meet the expectations. Steam trains were, in fact, the first generation of today's train which was used in England for the first time.

Over time, passenger and freight trains have become more developed until electric, and diesel locomotives replaced the steam trains. In 1888 the first train line was constructed in Iran by a Belgian company for a short distance from Tehran to Shah Abd al Azim. After that in 1927 the era of Reza Shah Pahlavi, the huge project of building railroads all around the country was started and eventually finished in 1938 which connected the northern part of the country to the southern part.

After that, other railroads were also built in the eastern and western part such as Tehran-Tabriz and Tehran-Mashhad routes. Tehran-Tabriz route construction was started in 1938 but the war postponed the building, and it was finished in 1956. After the revolution in Iran did not stop and even the new generation of electric locomotives was bought for the railroad 1982. Development and construction of Iran railway is a continuous process, and until today many new locomotives and facilities have been added to Iran railroads.

In the following paragraphs, we will discuss different types of locomotives of Iran railway and how they are changed during these years.

Until 1957 just steam locomotives were used in Iran railway after that, diesel locomotives were added to Iran railroad. These days diesel-electric locomotives are using in many different routes, which are produced by Canadian and American companies. 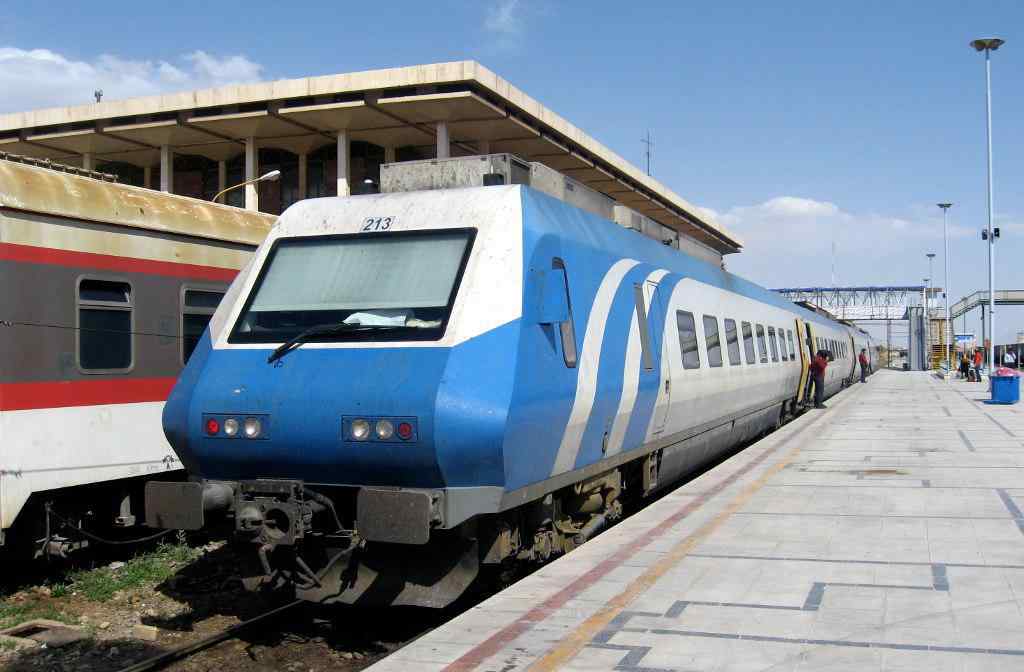 Locomotives can be divided into the following types due to their usage:

1) Freight locomotives with high power and torque which are suitable for carrying heavy freight trains.

2) Passenger locomotives with high speed and acceleration which are suitable for carrying passenger trains.

3) Multipurpose locomotives with intermediate features that can carry both freight and passenger trains.

We can also categorize locomotives in terms of their energy consumptions to groups below:

We all know James Watt, the Scottish inventor of the steam engine, which made a huge change and accelerated the industrial revolution around the world. His invention made him a very famous and rich man; after his retirement, he continued his inventions; however, none of them was as significant as his first job. Also, the horsepower concept was developed by him, and the unit of power “Watt” was named after him. The steam engine was the introduction of many other inventions after Watt and steam locomotive was one of them.

The first steam locomotive was built by an English engineer in 1804, and the first steam-powered railway journey in the world took place. After that, in 1812 the first commercial steam locomotive was produced by Matthew Murray, an English designer for Middleton Railway company which was the first railway company in England. Two years after that, in 1814,  George Stephenson an engineer who named the “Father of Railways”, improved the work of the earlier pioneers and in 1825 he designed a locomotive that used both horsepower and steam power and became the first public steam railway in the world.

The first one who built the electric locomotives was a Scottish chemist who made the locomotive which was powered by galvanic cells in 1837, but the limited power of the batteries prevented its general use. Then in1879, the first electric passenger train, was introduced by Werner von Siemens at Berlin. It was driven by a 2.2 kW motor at a speed of 13 K/h. Also, the first electric tram line was built in Berlin in 1881. Then in 1883 and 1889 electric tram line were constructed in Austria and the USA respectively.

These days electric locomotives are used all around the world both in railroads and subway system and the City and South London Railway was the first electrically-worked underground line. It is true that electric trains are fast and eco-friendly, but the main drawback of electrification is the high cost of infrastructure, substation and controlling system. So, these factors make train companies unwilling to change their system into electronic.

In Iran, railroad electrification has been done in several stages. From 7300 Km railway, 1700k Km is two lined, and 146 Km is electric. The first electric line in Iran was built in 1982 from Tabriz to Jolfa, which is around 74 Km. The eight electric locomotives by the power of 3600 kW were imported from Sweden to Iran; these locomotives move at the speed of 135 K/h. There is another electric line between Tehran and Karaj which was built in 1999 by the speed of 140 K/h. In general electric railroads are not only save time and money, but also it is eco-friendly.

These kinds of locomotives are fueled by diesel, and in 1912 the first diesel locomotive was produced in Switzerland; however, it was not commercially succeeded because it was around 95 tones with the power of 883 kW and the speed of 100 K/h, after that, through the mid-1920s the design and manufacturing of diesel engines improved significantly.

Diesel locomotives can be two-stroke or four-stroke due to their diesel engine and in terms of the power transmission system; they can be divided into three major groups:

After the Second World War and the economic recovery and growth, many countries started using diesel locomotives, and Iran was not an exception. They provide greater flexibility and performance compared to steam locomotives, and moreover, they had lower maintenance and operating cost. Iran railway system started using diesel locomotives from 1957, and some of the types which are using are GM. G12, G22W, G8, G18W, G16, GT26CW and the like. They have different speed and power. 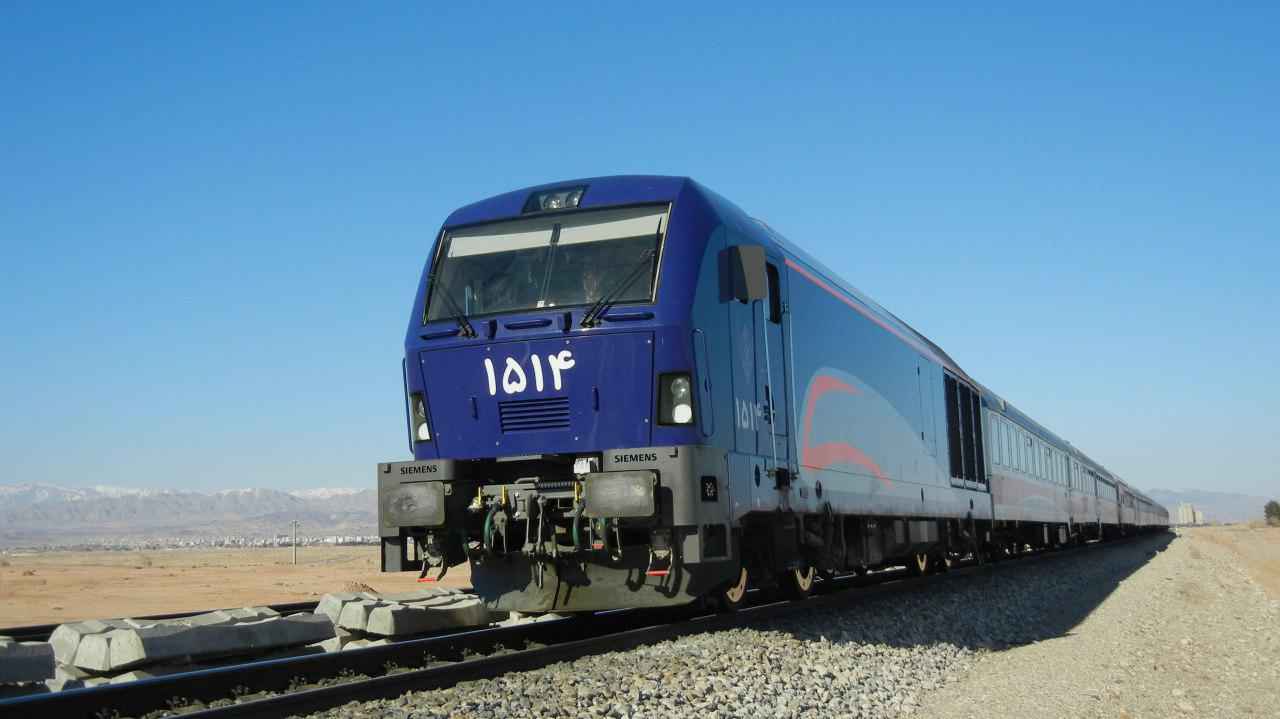 An electrical DC generator or an electrical AC alternator-rectifier are driven by the diesel engine in diesel-electric locomotives. When the DC generator was replaced by an alternator, this improved locomotive reliability and decreased generator maintenance costs a lot. The first diesel locomotives started their work in 1924; they were designed and manufactured in Germany. These kinds of locomotives are using all around the world so much and in the types of AC-DC and AC – AC. The power output of diesel-electric locomotives is independent of road speed, as long as the unit's generator current and voltage limits are not exceeded. This power and thus, speed is typically controlled by the engine driver.

1) Alstom locomotives: There are 26 of this French locomotive in Iran railroads with a speed of 150 K/h and 4000 horsepower.

4) GE locomotives: 45 locomotives of this type are using in Iran railroad with a speed of 113 K/h and 3000 horsepower

5) Electric locomotives: There only six locomotives of this type in Iran with a speed of 100 K/h and 4680 horsepower.

In general, diesel locomotives have significant advantages in compared with steam locomotives; the diesel ones reduce the cost of manufacturing and have considerable operating merits. Also, diesel engines can be started and stopped almost instantly. However, steam locomotives require intensive maintenance and cleaning. Moreover, Steam engines used a large amount of coal and water, which were so expensive.

In the next few years, a new generation of the hybrid, turbine and high-speed locomotives will replace the ones which are using now in Iran and all around the world. In these paragraphs, you find out the history of locomotives and how they changed during the time. Also, you read about locomotives which are used in Iran railway system, so know you have some useful information about train types and locomotives and you understand that if it was not the past generation efforts to invent new things our life would not be as easy as today and maybe our efforts will accelerate the next generation life.
Iran Locomotives